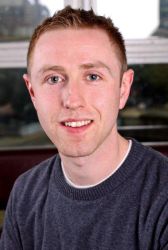 Jamie is the Creative Marketing Manager for the BBC’s youth portfolio, and currently oversees the development and delivery of all audience-facing campaigns for Radio 1, 1xtra, BBC Three and 6 Music. Jamie joined the BBC in March 2010, initially starting as a Brand Executive. He then worked as the Creative Marketing Manager for BBC Children’s and Learning from January 2011 until July 2012.

After graduating from The University of Glasgow in 2007, Jamie joined Channel 4 Television and worked there for almost three years as part of the marketing team for Entertainment, Drama, Comedy and E4. Whilst at the Channel Jamie worked on numerous multi-platform campaigns for hit shows such as Skins, The Inbetweeners, Misfits and Big Brother.