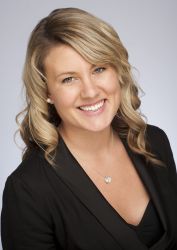 Karla has worked in marketing and communications roles in the charity sector for a number of years, starting in Australia where she worked for Surf Life Saving Australia a volunteer organisation responsible for beach and surf safety. Her role was to promote the ‘Year of the Surf Lifesaver’, a centenary campaign which allowed her to work across the marketing mix and to become a fully fledged Surf Lifesaver myself!

Leaving the sun and surf of my Bondi Beach office for London, she first worked in the press office of the Royal British Legion across a number of campaigns including the Poppy Appeal and the Honour the Covenant Campaign. Following a brief stint consulting in Central Government she moved back into the third sector, landing a contract at Arthritis Research UK where she worked on the delivery of their rebrand and building marketing capacity. During this time she started volunteering at The Soup Kitchen on Tottenham Court Road and when the role of Brand Manager at Shelter came up Karla jumped at the chance be able to combine her experience with a cause she particularly cared about and the opportunity to work for such a great national charity brand.