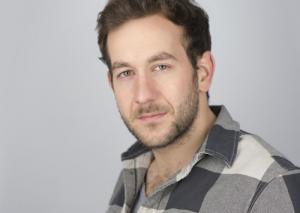 Steven is currently Marketing Communications Manager, with his previous roles being Windows Phone Marketing Manager, promoted October 2014 and prior to this was Social Media Manager, being responsible for social media and online communications for small and medium businesses. He took the lead behind two social campaigns ‘#AskClippy’ and ‘#SmartClippy’, which saw an average months’ worth of metrics in two hours and was picked up in the Daily Mail, Mashable and ReadWrite. He also owns and manages the SMB Content strategy and is the LinkedIn lead in the UK.

Previously, Steven worked for Avery as a Digital Marketing Manager working on ecommerce to accounts such as Amazon, Viking and Staples, seeing an over 100% growth. During his Master’s year, he worked as a Project Manager for Solent Creatives and worked on side-projects for Southampton City Council, Winchester City Football Club and Southampton Solent University, winning two Gold Awards for Measurement and Community Campaign and was runner-up for Outstanding Young Communicator of the Year in the 2012 CIPR Awards.

He was also the face of #ExtraMile, which was the lead campaign of the London Marathon 2014.