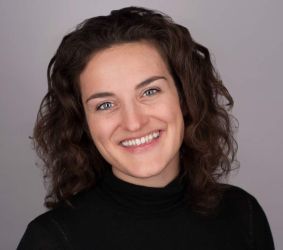 Virginia is currently Group Head of Customer Propositions at Aviva. Joining in 2009 to form part of the newly created global brand team, her role involved working with local marketing teams to manage the brand around the world as well as running centrally led marketing initiatives. She was promoted to Global Head of Brand in October 2011 and in November 2011 was named Young Marketer of the Year by the Financial Services Forum.

Previously, Virginia was a Brand Manager at Mars snack food working with Skittles, Starburst and Maltesers and before that at Arla Foods on Anchor Butter, which she successfully re-launched as ‘the free range butter company’ – the launch campaign won a Marketing Week Effectiveness Award. Virginia began her career in advertising as a graduate trainee at D’Arcy in 2001 before moving to Leo Burnett and then JWT.