Would this make my autobiography? A lesson in perspective and pomegranate by Scholar Frith Hookway 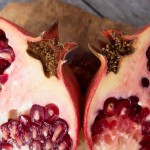 Yesterday, at the close of my first Marketing Academy boot camp, I listened to James Brett tell his life story. I feel a bit sorry for whoever the next person is to tell me their life story because they have quite an act to follow.

James is the founder of an organisation called Plant for Peace. This is an initiative designed to assist farmers in conflict and post conflict regions around the world to achieve food security and sustainable economic development. One of the key produce categories he focused on was the agricultural investment in Pomegranate in Afghanistan.

Before yesterday I knew nothing about what Afghanistan grows as primary produce, but apparently Poppies (harvested for their Opium) take the top spot. As with anything that is linked to the drug trade, there is fluctuating security and a lot of corruption. Therefore, organisations like Plant for Peace operate on both an economic and ethical level.

In short, James is doing some pretty impressive stuff.

However, the work he is doing now wasn’t the main thing I took away from his talk. And despite his personal narrative including being abused as a child, losing his mother, having friends die from drug overdoses, turning to crime and spending time in prison, his life story wasn’t what I took away either.

Instead, what I learned, or perhaps was just reminded of, was understanding what is truly important.

Here’s how it happened.

James was talking about some of his first encounters with Pomegranate. This was way back before the Plant for Peace initiative had started. He recalled being at a market stall and being given a glass of the juiced up fruit. Upon tasting he thought ‘this would make a great drink’.

Fast-forward a bit and his juice idea had resulted in the UK’s first commercially produced Pomegranate drink called ‘Pomegreat’.

Not long after the launch of this product, James went through a bit of a dark period where he had to focus on himself, meaning his involvement with Pomegreat took a backseat. I’m paraphrasing from memory, but what he went onto say was something along the lines of:

When I was ready to come back to Pomegreat I found had been cornered out by my previous business partner. I basically had to walk away from what went on to become a multi million dollar business.

In the split second after he said this my mind had already begun to anticipate what would come next. Stories of the law suits, the stress of trying to regain his shares and claim to IP, the financial struggle, the paperwork, and so on.

But there was none of this. In fact, he barely paused. It was almost like the mention of this business deal gone wrong was nothing more than a convenient segue into what he went onto do next.

When he’d finished his talk, I remember zoning back to this part of his presentation and thinking ‘I can’t believe he didn’t spend more time on how he lost the business’. In my mind, having this happen would’ve been such a blow that I couldn’t imagine it ever being something I’d be able to brisk over.

However, the more I thought about it the more I realised that this event wasn’t the point of his story. Sure, it may have been a big deal at the time, but in context to everything that came before and after it, it didn’t bear enough weight warrant the spotlight.

In the scheme of things, it simply wasn’t the point.

I thought back to some of the other speakers we’d seen over the past three days and realised there was a slight commonality here. All of them had low points, all of them had made mistakes. As Gail Galley eloquently put she’s ‘committed career suicide too many times to count’. But, at the end of the day, all of these low moments became mere blips. They weren’t the point.

Often it’s impossible to see beyond the moment. For me, I care very much about the work I do and consider every decision to be of grave importance. In fact, the day before I left to go on boot camp I realised I’d made a huge oversight with some costs that were being signed off at work. I was in a real panic. I knew it would be impossible for me to rectify the situation without being at the office and had every single scenario play out in my mind, including the inevitably paranoid dismissal.

And what actually happened? Someone from procurement picked it up in my absence and managed to fix my faux pas. To say I was relieved when I got the ‘all is ok’ email on Thursday morning is an understatement. I think I had a tear.

Having gone through this contract hiccup, only to hear James’ story a day later, I had to appreciate the irony. I mean, talk about sweating the small stuff.

While I don’t think I’ll ever make the same mistake when it comes to costs and paperwork again, it’s safe to say if I’m retelling my life story years from now this little event wouldn’t even come close to featuring.

What I’m saying isn’t a pass to dismiss the significance of events or experiences when they’re happening. But perspective as to their overall impact is a big factor to consider. It helps us stay grounded, humble and in control.

Highs and lows are inevitable. We will always make mistakes. No matter what, extracting ourselves from the moment is a tough thing to do. But after hearing James’ talk yesterday I can’t emphasise how important it is.

Steal a moment to take stock. Look at the emotional value being invested into testing events and put things through the lens of ‘would this make my autobiography?’ Sometimes it might, but I’d guess a lot of the time the answer will be no. Either way, it will give a bit more clarity on how much hair is worth losing over something, and more importantly how best to proceed.