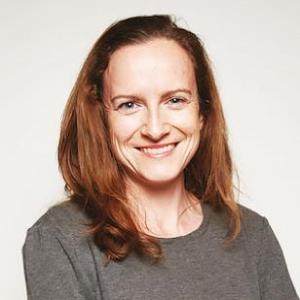 Previously she was the Head of Planning at BMF, working across the ALDI and Dulux business. In her nearly ten years at BMF (hello long service!) she’s led strategy on a variety of business, from FFA to Schweppes to P&O Cruises, and gained as much variety in skills and perspectives in that time. Ali loves to chat and has used this ‘skill’ to help in working life, becoming an accredited qual researcher, and she’s experienced in developing and running more traditional focus groups as well as deeper ethnographic projects.

Outside agency life, Ali is involved in the APG Committee and is a regular panellist on ABC’s Gruen. She is also an experienced conference speaker, particularly on issues affecting the industry such as Ageism (Mumbrella 360 2017) and being a Working Mum in Adland (Mumbrella 360 2016). Ali cut her teeth as a brand planner but likes exploring all sides of planning and strategy, currently focusing on behavioural science and neuroscience, speaking on wabi-sabi and fractals at Vivid Ideas 2016.

Prior to BMF, Ali worked in London client-side at Apple and at agencies TBWA and Wieden+Kennedy. She cut her teeth in account management but could never master opening a job number, and it was to everyone’s benefit she eventually found her true home in strategy.

Prior to advertising, Ali worked as a journalist for both TV shows and print publications.