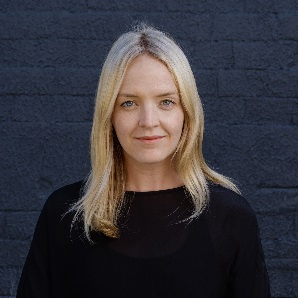 Mimi is the General Manager of VICE Media AU & NZ. VICE is the world’s preeminent youth media company and content creation studio. She currently works across company operations and television partnerships, including SBS VICELAND in Australia and Sky in New Zealand. The VICELAND television partnerships are bringing Emmy nominated programmes such as Gaycation, with Ellen Page, and Woman, with Gloria Steinem to Australia and New Zealand. Mimi is passionate about ensuring young people are engaged with important stories from around the globe.

Prior to this, Mimi was the Digital Media Production Manager at Fremantle Media in Sydney. Before this, she was the Content Manager at The Project on Network 10 in Melbourne, where she helped deliver a number of award winning pieces relating to social responsibility. Prior to Mimi’s return to Australia, she was the Post Production Manager at VICE Media in London. In this role, she was able to work on the launch of VICE News, which in its first year, became the fastest growing news channel in the world. She also worked on a number of VICE’s most awarded and impactful documentaries and created meaningful content with some of the world’s leading brands. Mimi’s experience is bolstered by her qualifications as a barrister and solicitor, admitted to practice in the Supreme Court of Victoria.