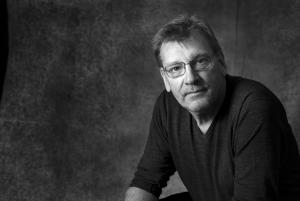 Terry Savage is Chairman of Cannes Lions, the world’s leading celebration of creativity in communications.Prior to his appointment in 2003 as CEO of Cannes Lions, Terry Savage, an Australian national, was Executive Chairman of the global cinema advertising company Val Morgan, in Australia. Under his leadership, Val Morgan expanded from Australia into New Zealand, USA, South America, Middle East and Asia. During this time he was also President of the International advertising trade body SAWA (Screen Advertising World Association).Terry was the Australian representative for Cannes Lions for 15 years and during this period, promoted Australian creativity at the international event.

He was appointed CEO of the Cannes Lions International Festival of Creativity in March 2003, Executive Chairman in 2005 and became Chairman in 2006 taking on a strategic business development role for the division’s five Festivals: Cannes Lions, eurobest, Dubai Lynx, Spikes Asia and the Tangrams. Terry currently sits on the Board of Directors for Advance – the global community of Australians committed to the exchange of knowledge, connections and ideas.

“Whilst process is critical for businesses to function it is creativity that enables companies and individuals to make the leap into new territories, create new visions and accelerate the growth of their organisations. Cannes Lions and our regional Festivals are about spreading the creative vision to help enable people to achieve this. Creativity is a great differentiator and it is our role to ensure more and more companies recognise this in all aspects of their organisations” says Terry Savage, Chairman of Cannes Lions.