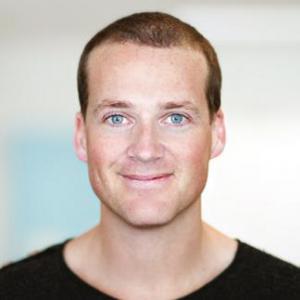 Launching TRIBE in Australia in September 2015, Jules’ vision was to create a self-serve platform that helped brands find everyday people to celebrate them through beautiful content.After raising AUD $8M, TRIBE has already connected 30,000 micro-influencers with over 6000 brand campaigns in both AU & UK.Before tech, Jules was a national radio host on the HIT Network with Fifi Box for two years before moving to Sydney primetime as a host of 2DayFM Breakfast with fellow media legends Merrick Watts, Sophie Monk and Spice girl Mel B. Although the bulk of Jules’ career has been in TV.

By the time he was just 23, Jules had hosted his own music television programme and the ESPN X Games in Brazil, Malaysia, Philadelphia and Spain.His warmth has since rewarded Jules with an impressive list of credits including a nine year stint on Getaway, where he jumped, quite literally, headfirst into some of the greatest experiences on the planet. From Saturday morning music VJ, to hosting game-shows, reality TV and live events. Jules has mediated panels of comedians, donned spandex and skates for Torvill & Dean’s Dancing On Ice and hosted the TV Week Logie Awards Red Carpet for 10 consecutive years.

Behind the camera, Jules produced a 1hr documentary for Channel Nine entitled Every Heart Beats True: The Jim Stynes Story detailing the final two years of his mentor’s grueling, yet inspirational fight with cancer.

Before that, Jules facilitating camps, courses and school workshops for over 100,000 teenagers, empowering them to identify passions, overcome fears and rise above adversity through The Reach Foundation.